There are hardly any keyboard apps better than Gboard app on Android and seems like the app has further improved with the latest update, as it now suggests relevant GIF images and emojis to users as they type their messages. Moreover, the search giant has added more keyboard themes, improved voice-typing, search features support for languages written from right-to-left, and access to Google Translate feature on Gboard for Android. 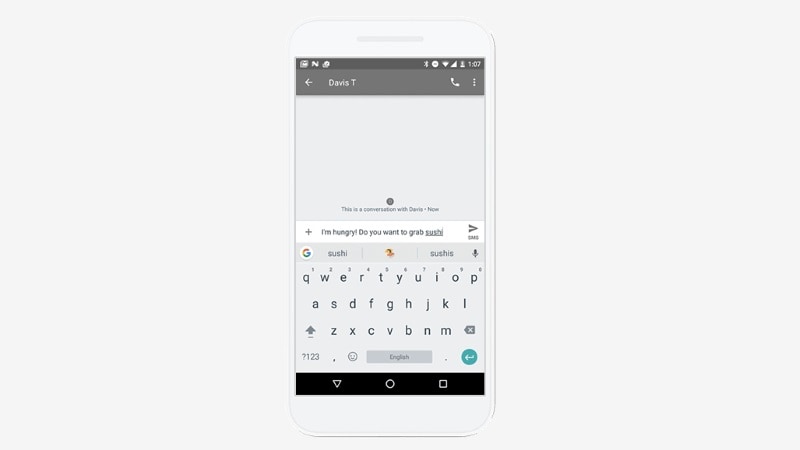 The search giant says that it has made voice typing easier and an update to the user interface enables users to switch back to regular typing with ease. Google has added more keyboard themes to the app that can be accessed either through Gboard settings or by a press on the Theme icon in the quick features menu in the suggestion strip.

Gboard app for Android, with the latest update, supports Google Translate and users can choose to translate messages within the app by accessing the feature from quick feature menu. As you type sentences, the translation tool will get into action and provide you with the translated messages in realtime.

Interestingly, Google has added support for languages written from right-to-left (like Arabic, Hebrew, and Farsi) for search and share features within its Gboard app. The latest version of the app is already available and can be downloaded from Google Play.